Once I had made the commitment to fully own my creator status, I realized something:

As a consumer, I was always taking more than I gave, and it created an imbalance in my life. When I made the shift to consciously create my life, I started giving more, and in turn started receiving more. This trickled into both my personal AND professional life. Now, I have an abundance of resources at my disposal, and everyday I keep adding more!

I started adding skills and experience that would allow me to give more in less time.

I became obsessed with efficiency! I studied Neurolinguistic Programming (NLP), conscious business practices, Life Coaching, and Hypnotherapy, as well as putting these practices into action through 1 on 1 coaching, group masterminds, and in person facilitation. Combine these with the personal work I was doing to breakdown the walls in my subconscious mind, and it helped develop a blueprint for what it would look like to live my Best Life.

As I started to dive deep into my past though, I had to face traumatic experiences, limiting beliefs, and fears that I had been holding on to for most of my life. During these times is when I started to use cannabis as an escape; a place to check out from my current reality and forget about life for awhile. Like any other escape, all my issues were still there when I returned. This lead me to take time away from using it, and regain my power so I could use cannabis as a tool and not an escape.

What has transpired over the past 18 months has helped me to build a foundation that is unshakable.

Daily practices, and frequent trips outside my comfort zone have allowed me to build habits and ways of being that I continue to build upon. Even though I still have SHIT come into my life on a daily basis, I’m now equipped to handle it.

Cannabis has become a tool for me to use in moderation, and I have developed practices that continue to enriched my life. Since I see others struggle, or attempt to hide their cannabis use altogether, I decided it was time to bring these practices public.

For years there has been much publication about the medicinal benefits of cannabis, but it has been looked down upon by those that think it’s just another ‘drug.’ Those days are quickly coming to an end, as I have teamed with other conscious cannabis users to bring these best practices into the public eye. Together we have created a program called LIFTED, and it is about to transform the way the world looks at cannabis.

Buckle up, it’s gonna be a HELLUVA ride!

When I first began using cannabis we would just take a hit from a bong, watch funny YouTube videos, and walk around my neighborhood laughing and enjoying the effects. The effects for me were as follows:

This lead to some big breakthroughs in my personal life, and left me wanting more from life. I realized that I had been drifting through life consuming, and I had a desire to create and make the world a better place. At first this was merely a conceptual idea and I took no major action towards shifting my reality.

After about 6 months of using it in this manner I started writing and reading on topics that interested me with the purpose of uncovering things that my sober, conscious, mind would normally bypass. I realized that I had thoughts and desires that, in the past, I thought were silly or insignificant. These “ah-ha” moments opened up possibilities in my life and beckoned me to think bigger.

After I opened my world to new possibilities, the Universe started bringing people and experiences onto my journey that both excited, and challenged me. It was almost as if it broke down a layer of my mind that held me back because of fear. I started trying new activities:

-Dancing in front of people

-Talking about deep topics to people I hardly knew

– Eating foods that I previous “disliked”

These excursions outside my comfort zone were the exact catalyst I needed to start playing a BIGGER role in my own life, and truly own my status as a creator. This is the shift that helped me go from being a consumer to a creator, and that has made ALL the difference.

Within a year I had committed my life to serving others, and I was determined to gain the skills and experience needed to dramatically impact the lives of those along my journey.

We had been hiking for hours and hadn’t seen a single soul when we reached the top of the lookout. With sweat soaking my back, I laid my hiking pack on the ground. The view was beautiful.

With my friend standing next to me, I thought “how does it get any better than this?!” 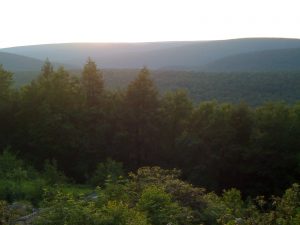 As we sat overlooking Mother Nature’s supreme work of art, we soaked in the energy from the plants and animals that surrounded us. Just then, a couple came walking along the trail and stopped to take in the view.

“Do you want some?” our fast friend asked as he held up a bag.

My friend and I looked at each other. “Sure!” we blurted out.

Later that night we carved an apple to use as a pipe and sat at our campsite ready to partake in an unplanned adventure.

It had been 15 years since I had last smoked weed, and I was nervous (and excited)! When I was 12 I had smoked with some friends less than 10 times before I decided it wasn’t for me.

But who was I to judge something I hadn’t done in over a decade?

We lit the apple, inhaled, and the journey began.

That night was pretty amazing; we laughed, we soaked in the stillness of the Pennsylvania woods around us, and we connected on a deeper level than we had our previous 15 years of friendship.

Months went by and I didn’t even think of smoking weed again. Besides, I hated smoke, and had been programmed to think marijuana was as dangerous and harmful as snorting cocaine or shooting heroin! However, I had such an amazing experience the last time that I decided to try it again.

Just one hit and I was back in the woods, feeling connected, and enjoying the present moment.

The heightened awareness, the sensations, and the dopamine release were nothing like I had ever experienced before!
I was hooked.

I would experiment and use marijuana off and on for the next 4 years. 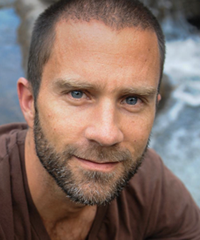 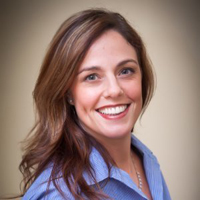 In Today’s interview learn from Heidi Cuppari about the power of connecting with your intuition to fuel your business and life success. 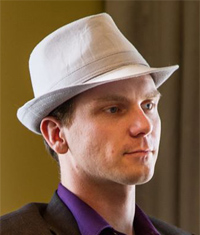 In this interview, dive into the mind of Hawk Mikado.  In this powerful video we discuss YOUR story and how you can use it to build wealth and attract more business.  Entrepreneurs and would be entrepreneurs won’t want to miss this one. 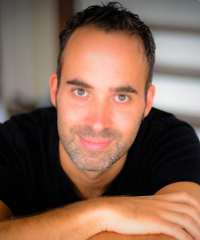 Nick Breau, breakthrough specialists has dedicated his life to helping you clear your old “stuff” that is keeping you stuck in old behavior patterns.  According to Nick, clearing out this old, stuck energy, or “stuff” can help you attract new relationships, new sources of income and more.

To book as session e-mail: nick@thebreakthroughspecialist.com 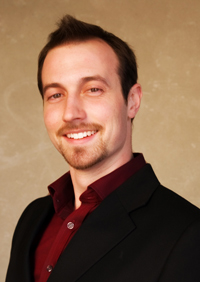 Ryan Stock takes us on a journey of self mastery and how to apply it in your life.

Learn how to become a fearless entrepreneur by understanding the connection between your body and your performance in business and life.

GET READY FOR THE 30 DAY BEST LIFE CHALLENGE!
CLICK HERE TO LEARN MORE.

In this video Matt dives in DEEP with Eric Sjoberg Somatic Therapist. They cover how to free and resolve old patterns that are keeping you stuck in unfulfilling, energy draining relationships.

Learn more about Eric’s processes on his awesome website:
http://ericsjoberg.com/